The swedish Prime Minister Olof Palme was assassinated on the 28th of februari 1986. Today End Ecocide Sweden sends our most profound thanks to Palme for his tireless work for peace and freedom for all people on Earth. His work will remain an inspiration for generations and his lessons are more important today than ever. War and environmental damage destroys habitats for countless people who either die or are forced to leave their homes.

In 1972, Olof Palme initiated the UN environmental conference in Stockholm. This groundbreaking achievement was the first international conference on environmental damage. This was the first time that the issue of pollution crossing borders was addressed, an issue that has become increasingly urgent in the following decades. In his keynote address to the conference, Palme said:

”The air we breathe is not the property of any one nation – we share it. The big oceans are not divided by national frontiers – they are our common property…In the field of human environment there is no individual future, neither for humans nor for nations. Our future is common. We must share it together. We must shape it together”.

”The immense destruction brought about by indiscriminate bombing, by large scale use of bulldozers and pesticides is an outrage sometimes described as ecocide, which requires urgent international attention. It is shocking that only preliminary discussions of this matter have been possible so far in the United Nations and at the conferences of the International Committee of the Red Cross, where it has been taken up by my country and others. We fear that the active use of these methods is coupled by a passive resistance to discuss them”.

Had the protections he urged been fully adopted, our world would be a very different place today. In Palme’s vision, an international regulatory system would have set limits to our destruction of nature, limits on human impact, limits to how one generation can take from the next.

Efforts to introduce Ecocide Law continues to this day. We are proud to work and act in the spirit of Olof Palme and promise to continue until all countries act to protect the environment and safeguard the people, the animals, the plants, the air we breathe and the water we drink. 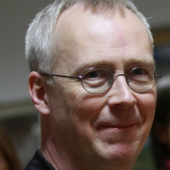